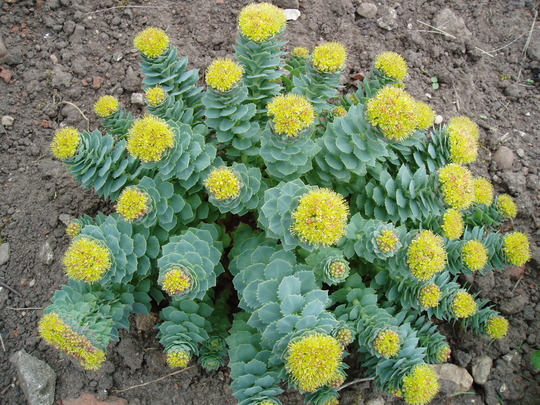 “Technologies are morally neutral until we apply them.” – William Gibson

A significant portion of my 2014 was spent developing a nootropic product. As a mushroom supplement company, we were looking to break out of the immune section, as medicinal mushrooms can do so much more than support immunity. Cognition-enhancing mushrooms and botanicals had long fascinated me, so this project was a dream come true. The concept was solid: combine Lion’s Mane and Reishi with organic herbs to support brain health and cognition. We used Ginkgo, Gotu kola, and Bacopa–all have great-quality research support. After months of formulating, more months of sourcing organic botanical extracts, and even more months of marketing preparing the launch, the product was alive. And that’s how we perforated the nootropic sector.

I have since been enveloped by a kaleidoscope of ponderings and philosophical considerations about our product. I first see the utility of such a formula. Many people are seeking support for cognitive function. I further believe that people are not innately intelligent or stupid. I see intelligence as fluid, subject to manifestation by a variety of factors and forces. I believe some people get lucky by having the correct biochemical and environmental context for their potential to actualize. I’d like the playing field to be equal, and I like that we can change and evolve our neurobiology and psyche. Then the questions came like a deluge: What message are we promoting by creating and promoting this product? What values am I, as an herbalist, advancing?

Anything that offers enhanced performance is seductive to the Western imagination. It’s beyond refute that the contemporary demands on our human bodies and minds are exceeding its design. People are working longer hours, getting less downtime, and constantly seeking to improve productivity by any means necessary. Even in the absence of such cruel dictates, the amount of information to process is exponentially increasing. Everyone is now managing an extraordinary amount of data. Eric Schmidt, former CEO at Google, estimated that a sextabyte of information was generated from the dawn of civilization to the year 2003. Now, that amount of information is created every 2 days.

Here to fill this niche are the nootropics, or substances that increase cognitive function. Far from being neutral tools of self-development, these are politically-charged substances embedded in a cultural context of obsession with productivity. To ignore the cultural context of nootropics’ surge in popularity would deprive us of some of their richest offerings. Greater productivity equals greater value and, therefore, success. This aligns with the greater goals and ideals of capitalism and the free market economy: maximum value and efficacy. However, it’s hard to retrofit biology into economic ideals.

The rise of nootropics closely parallels the development of adaptogens in the Soviet Union following WWII. Soviet physician and scientist Nikolai Lazarev created the word ‘adaptogen’ in 1947, derived from the Latin adaptare (to adjust or adapt). Adaptogen substances were developed to specifically meet the performance needs of athletes, military personnel, and government officials. The intention was to expand the working capacity of the state and buttress military strength. First, synthetic compounds were investigated. Then Israel Berhkam joined Lazarev and investigated the first botanical for adaptogenic abilities: Panax ginseng, followed by Siberian ginseng or Eleuthrococcus. (The latter was a local genus and bared less import expense.) By the 1960’s, the Soviet medical establishment was transfixed by the prospect of adaptogens. The team of adaptogen researchers at the Russian Academy of Sciences grew to 1200, generating nearly 3000 trials and studies on the subject. Following the Cold War in the late 1980’s, adaptogens plummeted in priority amid economic upheaval.

The march of productivity nevertheless continues–albeit with some qualitative changes. The face of productivity today is fundamentally intellectual. Interest in nootropic use has increased sharply in tech epicenters like Silicon Valley, and dovetails with a larger group of ‘biohackers’. These self-experimenters seek to fulfill human potential by leveraging small actions for big change in the mind and body. This labor sector is composed of humans that function as information processors. The ability to lubricate the synapses and grease the cognitive gears is a non-negotiable skill to compete in the post-recession global economy.

Situated in this cultural mileu, nootropics answer the call for increased intelligence and have blossomed into a cottage industry. Like adaptogens, there is no essential mechanism of action. It’s an empirical term. They increase cognitive function by targeting metabolic and nutritional aspects of brain function.

There are 2 types of nootropic user-

The research on nootropic drugs is on the former group in disease states, extrapolated by the latter for an amplification of cognitive function. But there is a difference between correcting pathology and amplifying neural metabolism and function. The limiting factors are not the same. Both groups use the same substances but have different goals and outcomes. Some are botanicals, others nutraceuticals and pharmaceuticals. Some of the better-known non-botanical nootropics include:

The botanical nootropics include:

Bacopa monniera – Bacopa is an Ayurvedic herb that is well-recognized for supporting cognitive function–specifically working memory. Animal studies suggest that Bacopa increases dendrite length and branching in amygdaloid and hippocampal neurons (1,2) and increases acetylcholine and serotonin levels in the hippocampus (3). A recent review in the British Journal of Pharmacology compared the efficacy of Bacopa to that of modafinil (6, Neale 2013).

Blueberry – The polyphenols in blueberry (and likely other Vaccinium species) have demonstrated memory benefits in animal studies, as well as hypoglycemic and anti-inflammatory effects (11, 12). Its antioxidants function as neuroprotective compounds.

Ginkgo biloba – This popular herb is often used in memory and cognitive support formulae for increasing cerebral vascular flow. Some research also suggests upregulation of NGF. Ginkgo’s been well studied, and there have been negative studies were no benefit was observed (6, 7, 8).

Ginseng – Panax ginseng is a stimulating adaptogen often used for increasing working memory. One trial tested the cognitive improvement effects of ginseng with a glucose challenge, and the results suggest that glucoregulation may be at least partly responsible for Ginseng’s effects (10).

Green tea (Camellia sinensis)- Green tea is a natural source of ECGC and L-theanine (see above), which are well respected for antioxidant and nootropic activity.

Lion’s Mane (Hericium erinaceus)- This medicinal mushroom (erroneously filed under the botanical heading) stimulates the production of NGF, a nerve signaling protein that promotes neuron growth. It contains hericenones (from the fruitbody) and erinacines (in the mycelium) that also increases nerve stem cell differentiation into neurons. Lion’s mane has improved IQ test scores in clinical trials (4) and has also reduced B-amyloid plaque-associated memory deficits (5). Therapeutic doses are 3g daily of the mycelium, but an extract of both the mycelium and the fruitbody is far preferred at 4ml daily. Lion’s Mane and Bacopa are my favorite herbal nootropic combination.

Rhodiola rosea – Originating from Siberia, Rhodiola is an adaptogen used to improve mental and physical performance. A blend of Rhodiola, Schizandra chinensis, and Eleuthrococcus demonstrated benefit in working memory, attention, and speed and accuracy in cognitive tests (9).

Rosemary (Rosmarinus off.) – Rosemary has long been respected as an herb for memory. Its aromatic oils sharpen the senses and clear the cobwebs in our brains. Emerging research suggests that rosmarinic acid has neuroprotective and antiodixant activity in the brain. Other botanical sources of rosmarinic acid are Sage species (Salvia spp.) and Mint species (Mentha spp.).

The narrative of nootropic use goes like this: people are neither inherently intelligent nor dull-witted, but they are along a continuum of fulfillment of their intrinsic potential. And we can achieve this aim by accessing a variety of tools and technologies. Intelligence itself has a multitude of definitions and meanings. In fact, it’s difficult to avoid the quicksand of the inherently subjective nature of intelligence when navigating the topic. For our purposes of this essay, it matters little. The cognitive products of intellectual pursuits have become a commodity. This is a reflection of the fulfillment of potential within a technological society.

This will no doubt cause purist brows to furrow- there are moralistic and ethical implications to consider on these topics. But I think it’s a beautiful narrative, brimming with promise and possibility. The myth of the pure human, after all, is just that: a myth.

What’s notably absent from nootropic discourse is examination of the physiological factors that may contribute to cognitive impairment, including thyroid disease and nutrient deficiencies, as well as lifestyle factors (food allergens and diet, sleep habits). Most people only notice the symptoms, and this is the low-hanging fruit. Cognitive function is not a ghost that resides in the brain machine. It’s a function of the entire body.

So, what is appropriate nootropic use? Arguably, it’s to correct cognitive decline in Alzheimer’s disease, age-related cognitive decline, CNS infections (i.e. Lyme disease). In otherwise healthy people, nootropic use has risks. Many of the pharmaceutical substances used as nootropic have not been tested in healthy people, and the long-term effects are not known. Secondly, the mere amplification the metabolism of such an energy-intensive organ like the brain can cause hypomania (as has been evidenced in a number of anecdotal reports of noonauts who crashed and burned after reaching escape velocity). There are, however, a number of ways to safely support brain health and optimize cognitive function-

As we conclude, this entire subject begs the question: Aren’t nootropics missing the point? Isn’t directly supporting brain function just a band-aid solution to worn-out minds and bodies? Yes, many miss the point with nootropics, ratcheting up brain function with drugs while neglecting the basics. Parallel to that profile are the people who are genuinely experiencing cognitive dysfunction wherein therapeutic nootropics correct pathology.

Further: What cultural values are we affirming by bolstering these processes and functions? While it’s an understandable effort that we fulfill our mental and cognitive potential, we are also directly reaffirming competition and performance-based assessments. How do you feel about that? Where is your line for fulfillment potential as opposed to having an unfair advantage? It’s laudable to be all that you can be, but questionable when you interfere with the evolution and growth path of others.

So this is where we land with nootropics. They are productivity enhancers rebranded for a digital age. Like all tools, they have political lives and affirm an ethos. Use them wisely. And should your productivity skyrocket, be a (smart) angel and serve the highest ideals of humanity and all sentient beings. That’s the point of all this, is it not? If those fundamental values are absent, well, there are no tinctures or compounds or chemicals that can help you there. Substances may nudge us in a certain direction, but our hearts and spirits are still the pilots and operators.

This essay first appeared in Plant Healer Magazine, a journal of traditional herbalism. 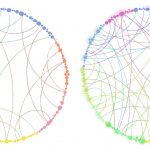 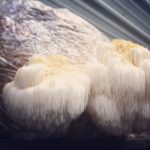