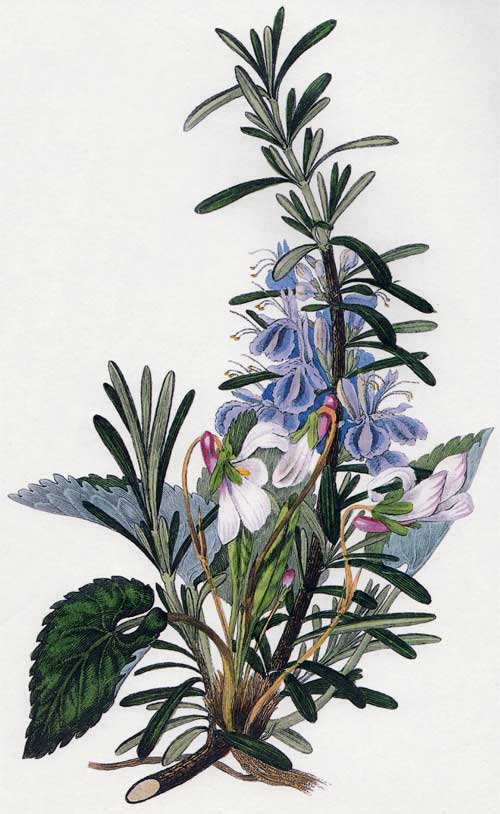 The rains returned this weekend. We’ve had a clear, crisp, exlated & majestic late summer and autumn–maple leaves waning in chlorophyll, leaving the anthocynanins to dazzle our retinas will their brilliant hues of red, orange, and gold. But the cool rains have tapped us on the shoulder every now and then, as if sending a text that it’ll be here in a few days or so. (Is that too far a stretch? Living in the smartphone era…) It’s as if we were being tempered to the onset of the season of Water, given that we’d all dried out like little lizards over the past 3 months. But the grey, misty curtain is redrawn over the Pacific Northwest, as the Earth begins its rest for another season of growth ahead. Me, I’m a sun creature, but I can pony up. It’s time for the rains.

Much like late summer, a palpable feeling of being rushed is afoot. The stark green leaves of the flora of the forest twist into golden, rusted filaments. As the plants pull their energy down to their roots, it’s optimal harvesting time for these medicines. So just when you want to rest, drink mulled cider & read books all day, it’s time to put on your rubber boots, woman up, and brave the rain to craft medicines to stock up your apothecary.

The posts on the medicine of our Cascadian roots will follow. For now, let’s glance in the direction of one of our most abundant, enchanting, and ancient remedies: Rosemary. Also known as Dew of the Sea (Latin: ros (dew) marinus (sea)), Elf leaf, Guardrobe, Polar Plant, Compass Plant. Rosemary’s a particularly good one to know and to have on your side (and kitchen, tea canister, above your doorway, incense blend, etc.). Its origins lie in the Mediterranean, so it’s an evergreen in our climate. I’m unsure exactly how Rosemary migrated to this region, but I’m inclined to think that it was brought over by European colonizers and spread throughout the continent because of the lack of documented use in North American first peoples. It’s likely that Europeans brought it over for its medicinal and preserving qualities, where it’s since become such a popular garden herb and ornamental. But I don’t feel comfortable being definitive on its introduction to North America.

This full-sun-loving plant is easily propagated by cuttings and planted as an ornamental outside of many local restuarants. It flowers twice annually: in the early Spring, as well as the early Fall. Bees just love its elegant, otherwordly flowers that are reminiscent of tiny, ethereal dancing fairies. There’s a legend of how Rosemary got its pale, alluring blue-purple flowers. It’s said that they were originally white until the Virgin Mary and her family was fleeing Egypt and took shelter in a Rosemary bush. As she drug her cloak over the plant, she effectively left her mark by transforming the pure white flowers into a symbol of the deity’s caress. Hence, “the Rose of Mary.”

You’d be hard pressed to find someone that hasn’t used rosemary—at least culinarily. Its notable aromatic qualities lend a flavor to soups, roasts, cookies, sorbet, lemonade (I could go on endlessly) that is truly majestic. But its history in medicine goes far back to the distant reaches of our ancient civilizations. It’s one of our oldest plant medicines. Ancient Greek physicians (namely, Dioscorides) established its use, which was soonafter adopted by Arabic physicians for strengthening memory. Notable European herbalist Nicholas Culpeper advocated its use as a digestive aid, claiming its virtues in alleviating “gastrointestinal windiness”. Sebastian Kneipp, 19th century Bavarian priest & one of the world’s first naturopaths, used Rosemary for cardiac edema and congestive heart failure, and thought it to be especially useful as a remedy for elders. He particularly liked prescribing a Rosemary-infused white wine. (Not a bad idea, eh?) On a related note, Juliet de Baircli Levy treasured this plant as one of her cure-alls for cardiac conditions (including CHF). But she also regarded it as a tonic nervine (especially when infused in honey) and a wound remedy.

Rosemary continues to appear in contemporary Western herbalists’ formulas and materia medicas. Its use in practice stems mainly from its warming, drying, dispersive qualities and affinity for the cardiovascular system, brain, and GI tract. With all its notable volatile oils, Rosemary helps disperse stuck, damp, cold, stagnant energy. It’s particularly helpful, I’ve found, with cold, damp, lymphatic stagnation that often accompanies the chronic infections, sluggishness, melancholy, and general malaise that we see here in late Winter. Especially when stinky discharges are concerned. If you know someone who’s got cold, damp hands & feet, brain fog, is depressed, pale, thin, deficient, Rosemary might be a good herb for them.The research around Rosemary is rich and complex. It gets a fair amount of attention as an herb for memory & cognitive support, for which it excels. A few mechanisms have been proposed, but its ability to promote cerebral circulation is well established. (For this purpose, I love to combine it with Ginkgo biloba). Its leaves also contain carnosic acid, which may help prevent oxidative damage in neurons. A helpful indication, as I don’t think we can have too much neuroprotection these days.

Rosemary contains rosmarinic acid in its leaves, a potent polyphenol being studied for its role in neuroprotection. Polyphenols tend to have antioxidant properties (generally speaking), and rosmarinic acid is also antiinflammatory & antimicrobial. Have you noticed it in body care or supplements as a preservative? Now you know where it comes from. Rosmarinic acid is also found in sage, thyme, oregano, lemon balm, and other Lamiaceae family plants. New research is focusing on its potential role in mediating GABA expression. Seen references to Rosemary being a nervine, or slightly stimulating? It’s not an either/or situation, but a both+and. I find it tonifying and normalizing–it’ll clear your head without being stimulating per se, which is in itself quite calming.

This is the only time I’ll use a tincture of Rosemary, in fact. Otherwise, I’m quite content with passing someone a tea blend with Rosemary. And this is a plant with a long, deep, persistent use as an Herbe of Remembrance. A popular tradition in Europe was to lay boughs of it on headstones at funerals (or planting it on graves), as a means of displaying honor, connection, and remembrance of loved ones past. With similar intentions, it was also commonly seen at weddings, churches, banquet halls, and other places of gathering. Clinical research now affirms Rosemary’s benefit in memory and cognition.

It was also regarded as an herb of protection, hung above a doorway, or planted outside the home to ward off witchcraft (or stuffed under a pillow to drive away nightmares…that kind of thing.). It was used in the popular ‘Four Thieves’ recipe during the era of the Bubonic plague–its antimicrobial volatile oils surely lending some benefit. (And have you seen it in meat rubs, along with other aromatic herbs? Not only delicious, but helpful in keeping the proliferation of unwanted microbes away.) As a toast to the old recipe, I like to toss in some Rosemary sprigs with my seasonal fire cider (tumeric root is also a great addition). It also has a niche in the American hoodoo tradition as an herb of women’s luck, peaceful home, fidelity, protection, and beauty when used as a wash or in a gris gris bag.

Perhaps unsurprisingly, Rosemary has long been associated with female deities, and is regarded as an herb for female protection, beauty, and power. There’s an old saying, “Where Rosemary flourishes, the mistress rules.” (I give a tip o’ the hat to my 6’ Rosemary plant outside!) Not only do we see it associated with the Virgin Mary, but with Aphrodite. One tale depicts Aphrodite rising out of the sea draped in Rosemary boughs. Dew of the Sea, rising skywards onto land. It strikes a cord, especially when we consider its warming, dispersive qualities. From water to air–evaporative, expansive, solar qualities and actions. Western esoteric traditions denote it as an herb of the Sun. With regards to beauty, its a key herb in the legenday Queen of Hungary’s water. Oil blends with its essential oil are also commonly used topically for hair loss. (The tea also makes an excellent hair rinse, especially when combined with Rose, Red Clover, Comfrey, and Horsetail.)

The story of Rosemary is a complex and evolving web. In considering the Sun, and then our own internal digestive fire, this plant emerges yet again! Its tannins and bitter compounds are astringent, and tonifying to tissues. It’s nice to blend this with Raspberry or Salmonberry leaves for the ole ‘sour gut’ feeling. Its aromatic qualities make it stimulating to the apetite, as well as a fine carminative (helpful for gastrointestinal windiness, I presume!).

The aromatic nature of Rosemary changes throughout the seasons. In Spring/early Summer, it’s particularly sweet, its aroma well-rounded. It gets sharp and quite camphor-like in the Summer’s heat (particularly during a drought), then slightly bitter in the fall. I harvest & use Rosemary year-round, using it mostly as a tea. Its versatility shines in all the ways it can be crafted into medicine & nourishment–as tincture, infused oil, liniment, salve, essential oil, preservative (as an essential oil), culinary herb, and incense. Like all plants (and other forms of life), it’s its own universe.

Rosemary is quite safe (as well as abundant), so it’s an herb to be widely embraced and celebrated in community herbal practice. The only times you’d want to be careful with Rosemary is during pregnancy, due to its action as an emenagogue. Other than that, there’s little in the way of herb-drug interactions or contraindications. (But if you want to be extra thorough, there are some in vitro studies you could review on the subject.) Corinne Boyer, an herbalist in Shelton, WA (who’s taught me a lot), doesn’t like to tincture plants with such high amounts of volatile oils. This resonates with me, and I don’t use it often. Just a thought. It’s potent stuff. The polyphenols, tannins & aromatic compounds really come through in the tea anyhow. A light decoction is perfect–especially with Burdock root & Yarrow. Exquisite!

So as we’re heading into Winter, remember Rosemary. Its complexity and versatility is a true testament to the multidimensional nature of the plant world. Wondrously abundant in our region, think of it when you encounter dark, dank, cold, stagnant energy/lymph fluid, malaise & melancholy. This babe of a plant will inspire clarity, majesty, beauty & expansiveness in our pale, pasty, Northwest souls.

Elsewhere on the web & print:

The Art of Apothecary Design